We have three patterns on sale this week! The Kennel Club, Catnip, and Isaac the Robot. All three patterns are $5 each (plus local taxes) in the Etsy store for this weekend only. 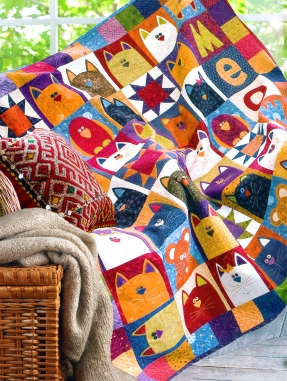 My day has been spent helping our No. 1 son make a jellyfish costume for a Halloween party. We put LED lights in the top of the Jellyfish so it glows. He’s six foot one so you can imagine what it looks like when he’s wearing it LOL.

He says that because he is limping – broken toes! – the jellyfish will blob up and down as he moves. I LOVE his sense of humour, especially since he is in a lot of pain. He actually snapped the bones, completely severing them from each other. Eeeek! Too much information? LOL

It’s been a long week this week and the weekend is going to be even busier. I don’t think we will get a chance to sit down until Sunday night, after we pick up No. 1 daughter from the airport. Come 9pm Sunday night I will be joining Spud on the couch.

Spud’s name came about because he’s a fat little couch potato. However yesterday, while he was downstairs, he decided to go crazy and tear around the house three times at full speed. He runs like a rabbit, back legs moving together, and for a spud, he’s very, very fast. I swear I could run him in the Melbourne Cup and he’d give the horses a run for their money.

He’s back on the couch again, flat on his back, legs in the air. A picture of ginger and white innocence. I think the exercise was too much him! xx