It started with a fabric audition. Colours and patterns, light and dark.

A week into the project and I decided the layout and colour choices weren’t quite working, so I pulled everything apart and started again. The green background blocks were removed. 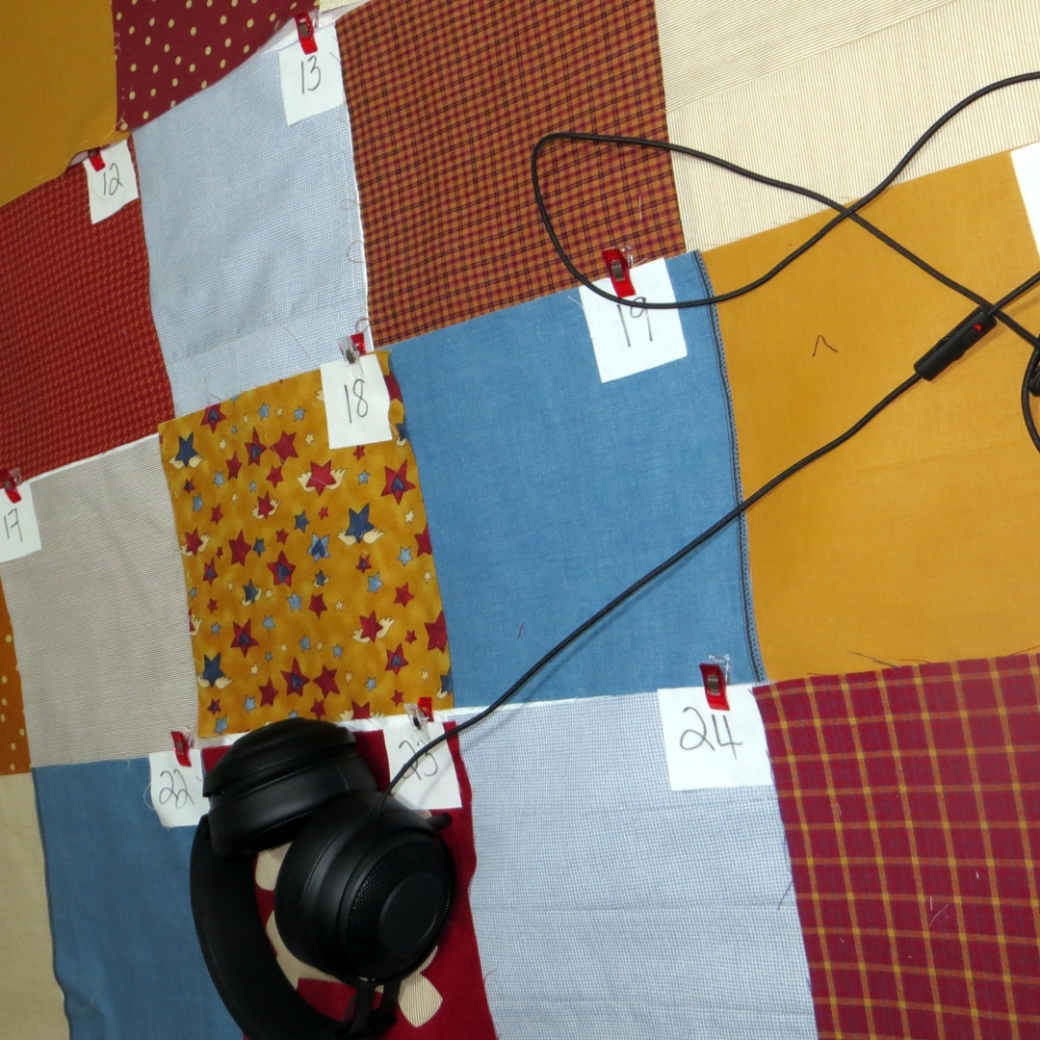 Zig Zags became an obsession. The green fabric was re-introduced.

Week two and it still wasn’t coming together. The dogs had to go! There was some serious late night un-stitching happening LOL. It nearly ended up in the bin.

We did some familial brain-storming and No. 1 daughter had an idea that solved all my problems. Hallelujah! I was still trying to fit Frank-the-Pug in somewhere, but she (also) took a firm stand and set him aside. I promise he will be back! 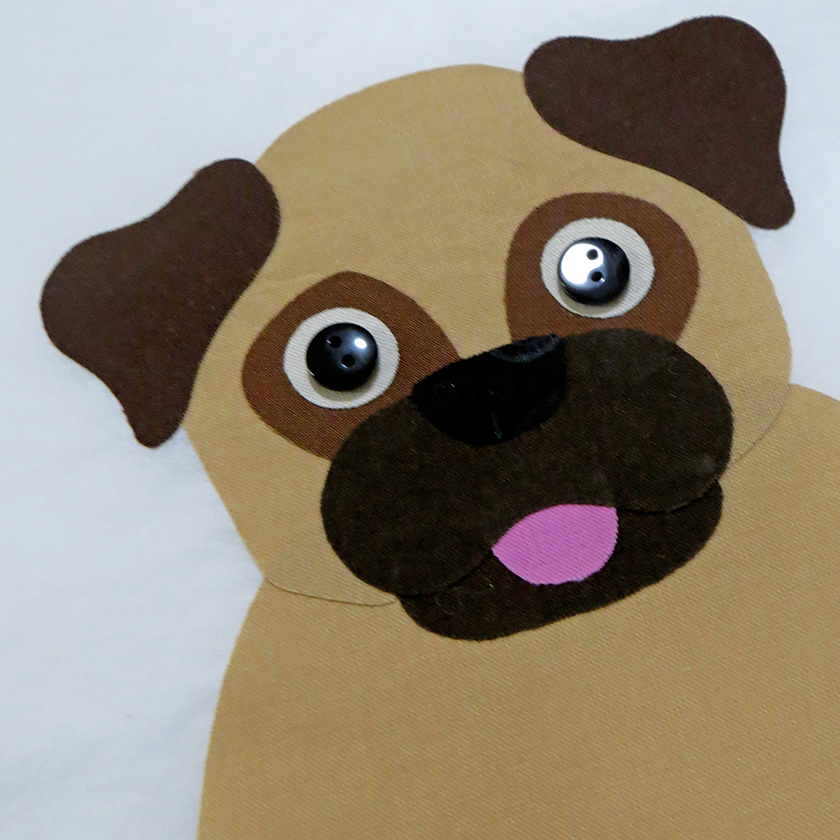 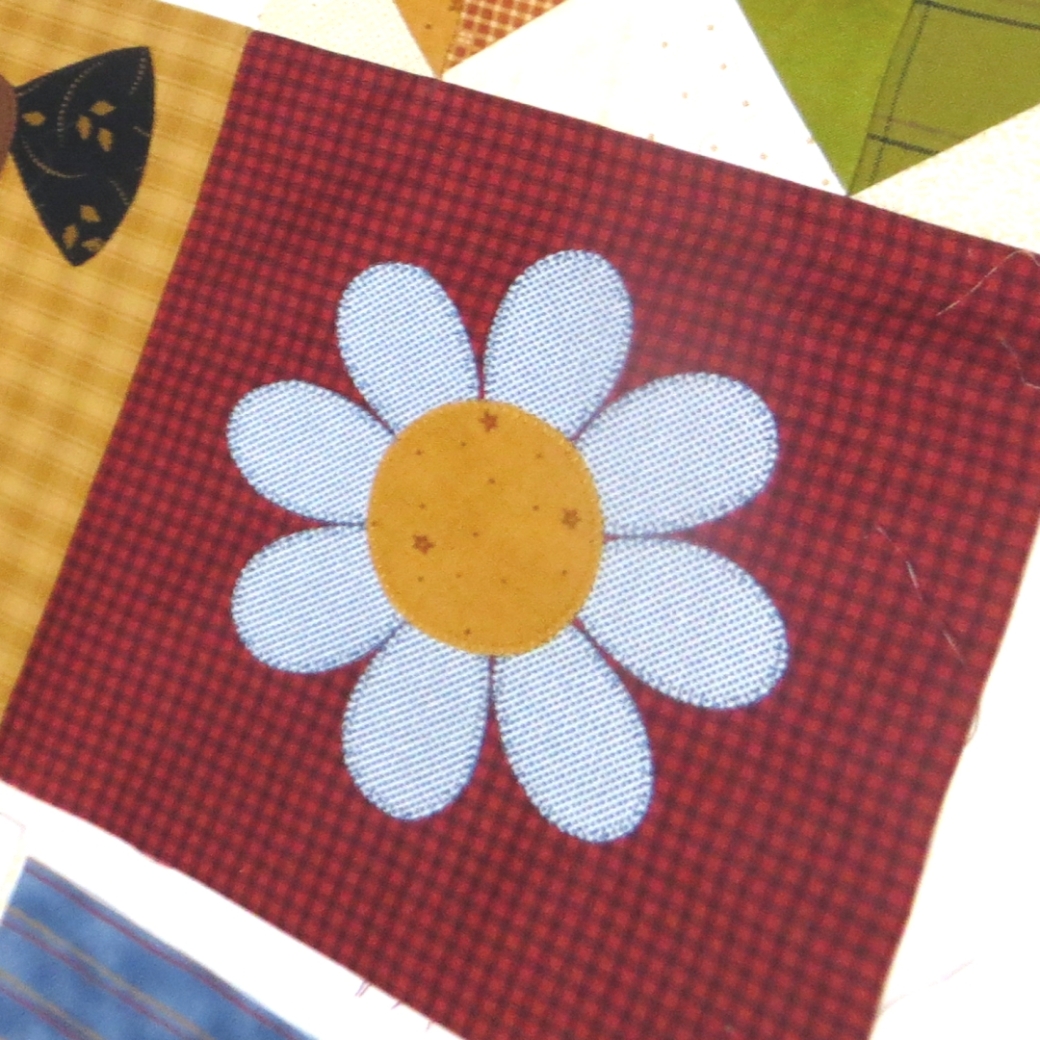 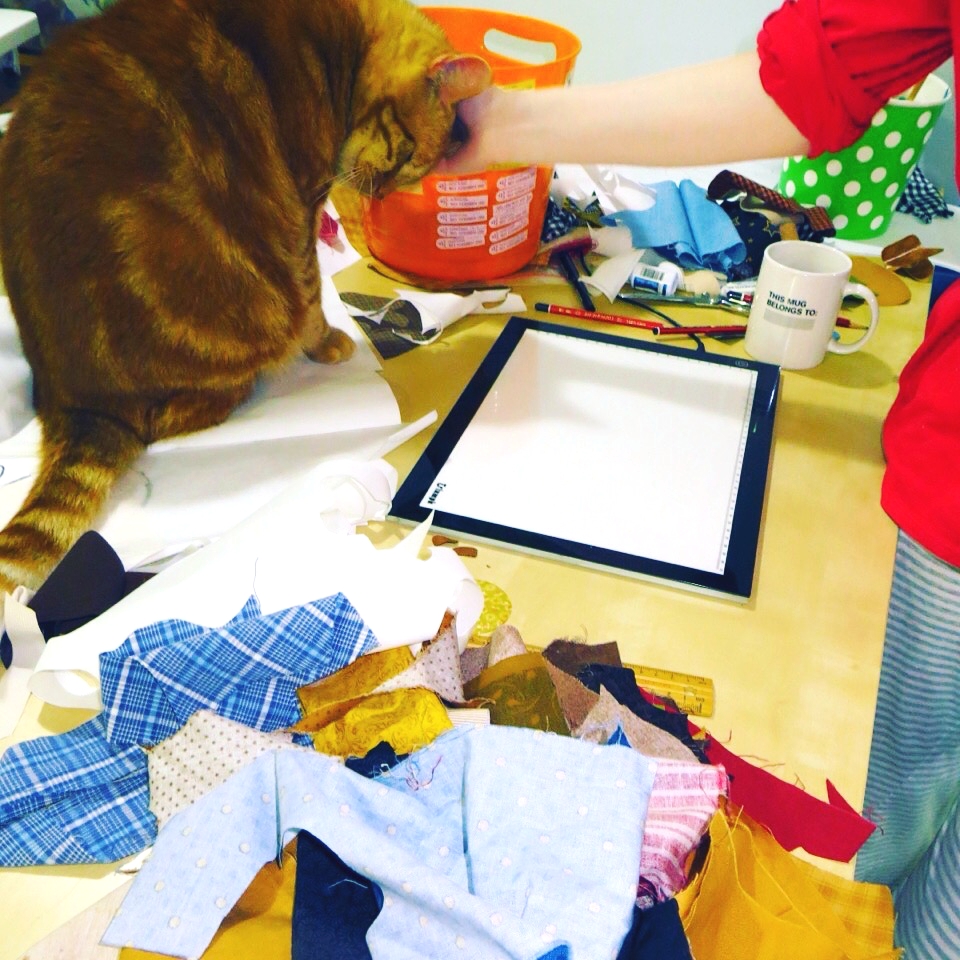 Kitties got in the way. I mean he REALLY got in the way, I had to cut out my applique shapes around him. There is a cat shaped hole in the middle of my Heatnbond.

I ran out of fabric and had to make compromises. 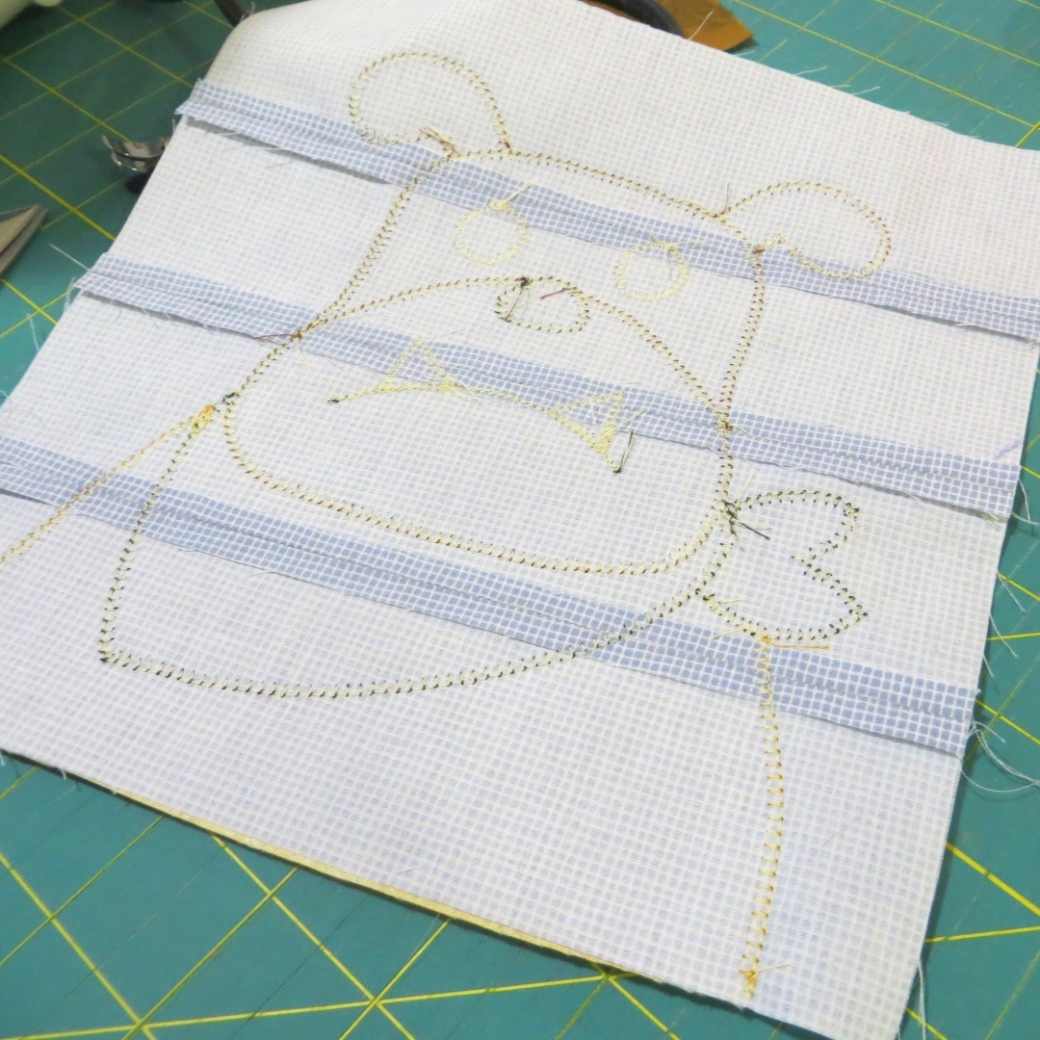 It’s off to be quilted… as soon as the cat removes his furry little butt and I remove all the cat fur! Fiona I may have to send him up the hill with the quilt, he seriously won’t leave it alone LOL.